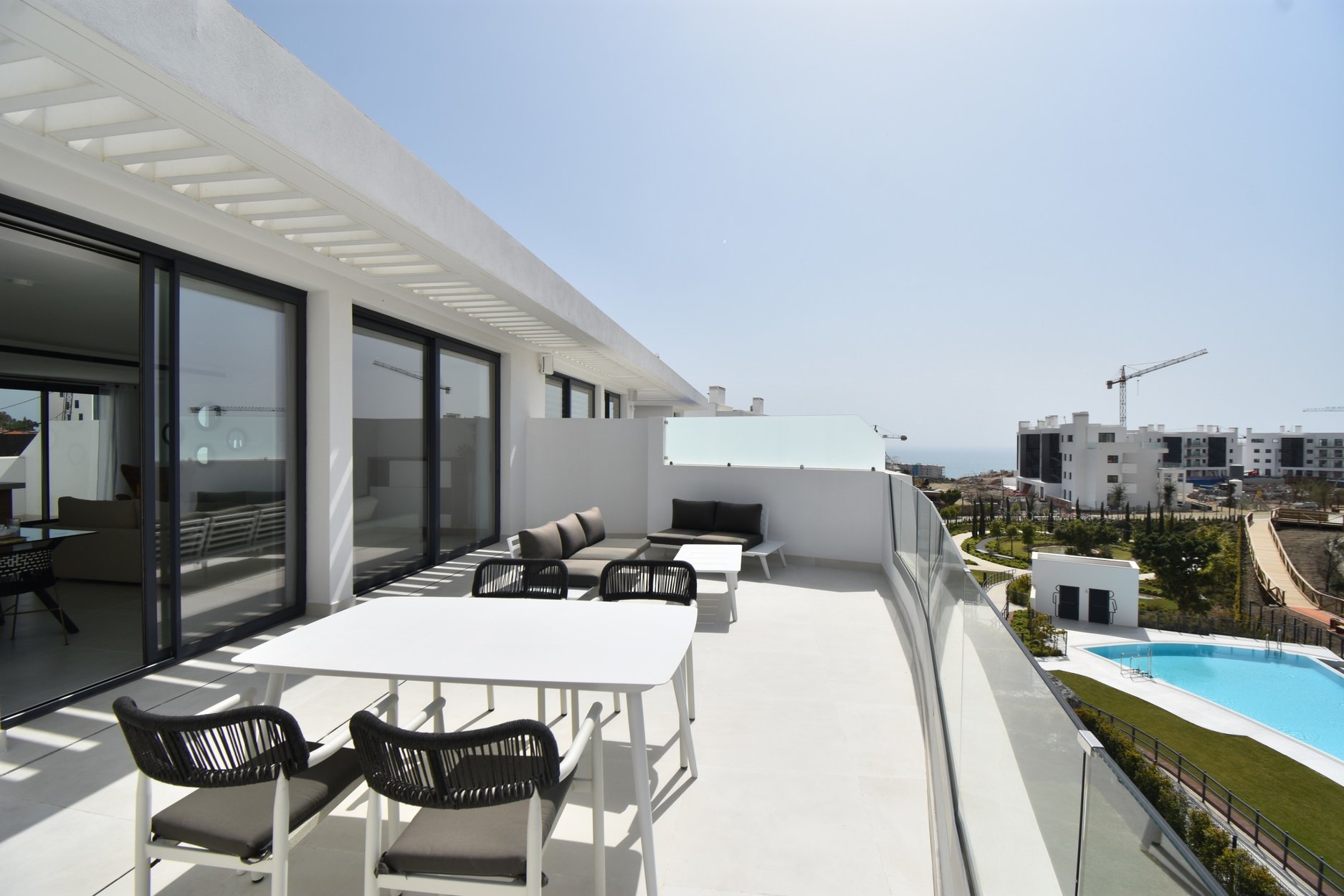 Boasting 112 metres of uncovered terrace overlooking the meticulously designed garden and pool area as well as the mountain and sea. It also has its own plunge pool to dip in. Spacious throughout the property comprises a large living/ dining area with a super modern open plan kitchen with integrated Bosch appliances, two bedrooms with plenty of wardrope space of which the master is en-suite and a separate bathroom.

Two underground parking spaces with sockets for electric cars are included and a storeage room.

Next door is the Higueron Resort with top class facilities and award winning Nagomi SPA as well a Michelin Restaurant and the five star Hilton Hotel. A Higueron Platinum Card is included in the price for the first year.

Fuengirola is located just 25km west of Malaga and is easily accessible by road, bus or train and is a popular tourist and residential area. Fuengirola has a population of 75,953 inhabitants with an average yearly temperature of 18 degrees and an average yearly rainfall of 570mm. The main reasons for its popularity is its location and proximity to the resorts of Benalmadena and Torremolinos to the east and the resorts of Mijas Costa and Marbella to the west, just over 35km away. It also has 8km of coastline of which is mostly uninterrupted beaches of which there are 7, one being a blue flag beach.

Enquire about this property